Whether you are a Republican or Democrat, Capitalist or Socialist, Vegetarian or Vegan, or just a healthy dose of some of each of them… social media is where it is at. But at the same time, social media is also the home of intolerance, hatred and exclusivity. Because people have their own beliefs, anyone trying to convince the unwashed about what they are into will be met with equal and opposite viewpoints right on their status updates.

Since social media is such an anonymous world, similar to costume parties that span continents, posters and commentors alike are emboldened to say things that they would not say in a face to face environment. Most people who comment on a post never expect to see the person whom they are berating in person. It is like a free license to speak one’s mind without a filter.

The problem with that is, feelings get hurt or worse, tempers flare. A post about one’s breakfast can lead to death threats, because eggs are not vegan! A simple sports commentary can become a torrent of expletives instead of simple debate. Politics or religion can lead to people calling each other everything under the sun (and some things that don’t belong in the light of day).

How can we bring civility back to social media?

That, my friends, is the million dollar question, isn’t it? I am going to begin a three part series about this very topic and we’ll try to work through this together. I am hoping that you will sound off on your thoughts on the matter and let me know what you do when people are being belligerent or downright “A holes” in a public forum. Sure, everyone has freedom of speech, but that speech is not supposed to hurt or threaten the well-being of others. Having been a father, I know how damaging words can be. The wrong word can send a child crying to their room in seconds – while the effects from those words do not go away for weeks. We don’t seem to realize that one angry sentence on social media can damage a person’s psyche for a lifetime (or maybe some know and still say the things they do).

I will put together some lists of things you can do to insulate yourself from the people who have no filter as much as possible. You should not have to put up with threats to your self or your family. You should also not have to see people losing their minds with hatred over a political candidate, a sports personality or a recipe with nuts in it. Sometimes it may be comical to see the mindless rage, but the humor can lead to fear when they turn their attention on you personally. The trick is to not get into those situations in the first place.

Remember, social media is all about people. The commentor is a human, and so is the poster. Humans have feelings and if you have something to say, try and be as polite as you can. That will help ease tensions before they get to the tipping point. Once a person has thrown their phone through the kitchen window, they are past the point of no return and they will seek to make themselves feel better by lashing out at anyone who disagrees with them. Let’s not let it get to that point.

WSO: Speed Up Your Blog 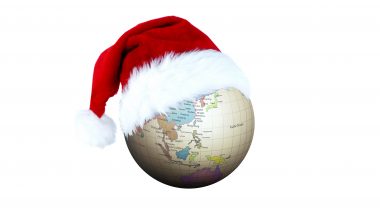 Get Updates From Social Net Effect!